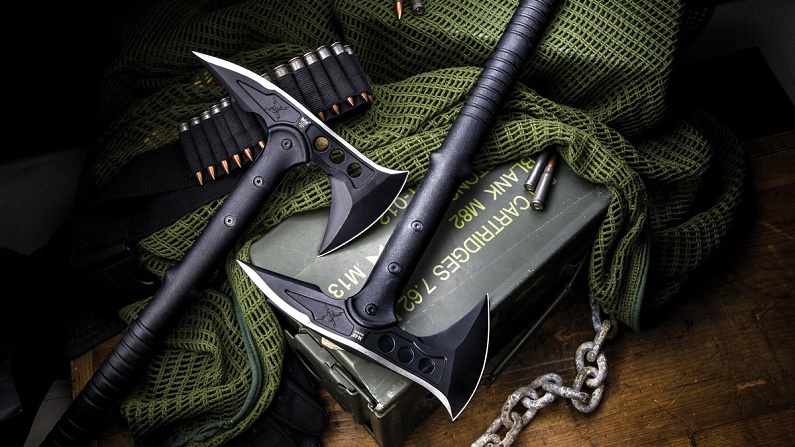 You know what they say about not trying to fix something that isn’t broken? Well, the tomahawk axe is one of the items that fall into that category. From Native Americans using them as general-purpose tools and weapons to Vietnam veterans using them for warfare, the tomahawk axe has kept its design and purpose for over 300 years. Nowadays, commonly used by outdoor enthusiasts, the tomahawk axe still finds a wide range of applications when camping, hunting and doing everything in between.

You might be asking yourself “Why should I get a tomahawk? I’ve already got an axe at home that I chop and split wood with.” However, although both types are built with a handle, a metal head and a sharp edge, there are some distinctions that set them apart, and you’ll soon learn why the tomahawk cold steel axe is the superior option.

First and foremost, traditional axes are designed with one goal in mind – to chop wood. They feature a thick blade which is great for gouging large chunks of wood and pulling it out after each swing. Additionally, they feature shorter, curved and thicker handles, whereas tomahawk cold steel axes feature longer and straighter handles. Long and straight handles translate to more power when swinging, and more force during impact. 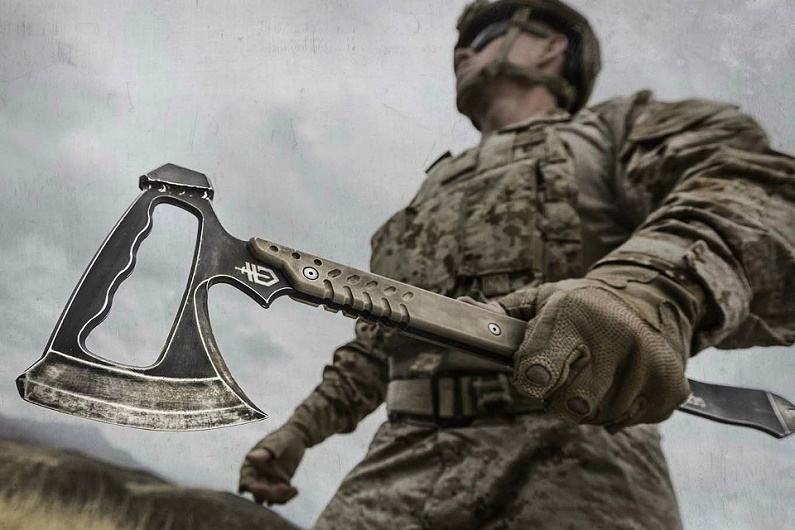 That being said, tomahawks are the more versatile tools, as they have narrower, sharper blades. Most tomahawk axes feature a spike on the back of their head. Their main purpose isn’t chopping wood, which is why it may take more effort to chop larger pieces of wood. However, tomahawk axes excel in cutting things like wire and rope, prying latches open, smashing glass and breaking hard concrete or dirt. Moreover, they can be used to break down doors, handling smaller trimming, shaving or chopping tasks that require more precision.

Furthermore, tomahawks that have wooden handles are easier to repair in the field, simply because their head is usually designed to slide from the bottom up, whereas most axe heads are designed to slide from the top down. This is because the initial design of tomahawks was made with throwing them in mind. Another advantage of this particular design is that you can remove the head from the handle and use it as a separate hand-tool, which can be extremely useful for scraping hides and cutting meat.

It’s oftentimes argued that tomahawks were designed to be weapons before they became multi-tools, which makes sense given the fact that they can be used in both close combat as well as being thrown. While anyone can use axes as weapons, traditional axes weren’t designed with cutting skin and crushing bones in mind. Tomahawks are more compact and lighter than axes, which also makes them easier to carry around, hence a popular choice among outdoor enthusiasts.