The Whats and Hows of Underground Services Locators 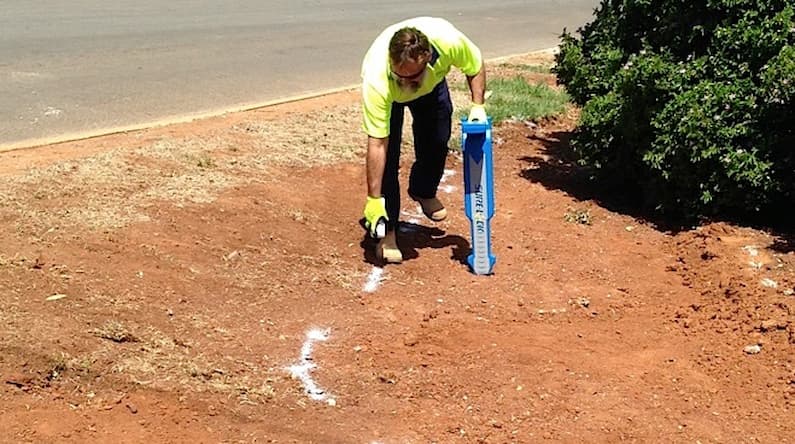 Planning renovations that require excavation work? Before that happens, the site needs to be thoroughly searched for any existing power or communication lines, as well as gas or sewage piping. Rupturing these can cause serious harm to anyone nearby, in addition to the unforeseeable damage if this happens. The costs alone will put you deep into the red. To avoid such inconveniences (to put it nicely), simple but effective tools are used before any digging is done.

Homeowners can hire professionals to scour their property so your plans don’t go to waste. Said pros will run several rounds with an underground services locator to conduct an in-depth search of any items that will present as potential obstacles. This will reveal the precise location of any buried cables or pipes.

What are Underground Service Locators?

Underground service locators are specialised tools used in detecting underground cables and service lines. They emit a low-frequency radio wave or utilise a strong magnetic field to find electrical mains, gas, water, sewage and communications lines, as well as any buried steel objects that can be damaged in hurried excavation work.

There are two basic types of locators used in detecting underground service lines. Those that employ radio waves, often called cable and pipe locators, and those that use magnetic fields, or magnetic locators. Each uses a different technique to work.

Types of Cable and Pipe Locators

Cable and pipe locators come in two variants – passive and active. Passive locators are simpler in design and operation, and can only detect energised lines, or live wires. They consist of receivers to detect the electromagnetic frequency that the current is producing. For some people, this may be enough. Active locators have their own transmitter to energise all conductors and precisely pinpoint where that conductor, be it a live or broken line, is on the property. Active locators employ multiple frequencies to detect utility lines at greater depths and difficult locations. They will also distinguish between different signals to tell you what precisely it has found. In new developments where everything seems to be underground, this is extremely helpful.

A magnetic locator is a type of metal detector that uses magnetic fields to detect steel or iron objects. It can easily find larger objects, like rebar, manholes or galvanised pipes, but can also detect smaller objects like nails. What it won’t detect is non-ferrous metals, like copper or aluminium wires and ones that are used in power lines. Here you’re better off with a dedicated cable locator.

What to Look For?

Alternating electric current has its own frequency that can be picked up even by the simplest passive locator. But this can only happen if the line is live, or that electricity is flowing. For anything that is turned off, say cabling for street light during the day, the passive locator won’t be of much use here. In addition, more expensive locators will have multiple frequencies, ranging from very low to high, to locate any type of cable at different depths and in difficult soils. Very low frequencies are preferred when singling out a particular line, and when there are more utilities present in a smaller area. Medium frequencies are a good starting point in locating line faults, like broken or lines with damaged insulation. High and very high frequencies will energise all lines within a certain area but nearer to the surface. This is seen as a last resort in detecting the presence of service lines, without affirming the exact location of the lines, the current direction, or the type of lines involved.

An upscale underground services locator will have more usable frequencies, so detection is more effective and precise. Look for receivers that generate a wider spread of locating frequencies. The attached sondes will also create their own frequencies and help in better detecting non-conductive services, like water and pipelines. For active locating, a transmitter is needed. This can detect lines in distinct ways, either contactless by creating an induction signal to energise lines below ground, or with the use of signal clamps. To detect the direction of a partially exposed line, the transmitter can also be physically connected to the line and the ground, to close the circuit.

The more features the locator has, the pricier it is. High-end locators have active mapping functions, effectively drawing out the location of all located services lines. This can be combined with precise GPS coordinates of each locate(find). Information can be stored on the unit itself, or sent via Bluetooth to a compatible device. Other features include current detection, informing of the type and strength of current found, signal and vibration alerts, that help in honing in on a potential target, and overload protection to avoid electromagnetic interference in sites with multiple service lines.

To find underground PVC or concrete piping, you’ll need a plastic pipe locator. This works in conjunction with an electronic device called a TransOnde that attaches to a water tap or water mains, and locates piping without having to disconnect the water supply. For locating sewage or stormwater piping, you’re better off with a cable and pipe locator, with an attached sonde.