Storytime: The Resurrection of a Vintage Motorcycle 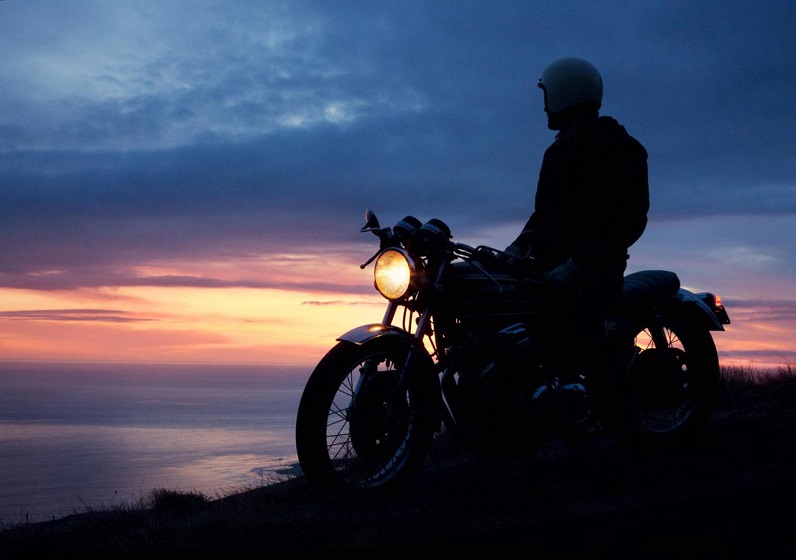 The story I’m about to share with you began back in the days of old, when I wasn’t even born. If I recall correctly what I’ve been told, it all started in the early 60’s. There was a little boy whose father was deeply in love with motorcycles, which is why he used to spend much more time on the road than at his own home, with his own family. Even when he was there, he spent hours in the family garage, repairing and cleaning his precious bike, not realizing that he was neglecting the persons who cared for him the most.

Fortunately for the whole family, the father came to his senses and found a way to keep cultivating his love for bikes without letting motorcycling take over his life. Two decades later, the once adventurous father gave his dear Harley Davidson to his son as a birthday present. Knowing that this motorbike was a physical manifestation of his dad’s love for him, the son decided to use and keep the bike in good condition. This was the moment when the beautiful and well-preserved Harley Davidson became a ride of immense sentimental value for the son. Yes, I’m talking about my grandfather and my father. I have heard this emotional tale at least a hundred times, which is why a couple of months ago I decided to surprise my dad by bringing his old bike back to life.

Inspecting the bike was the first thing I did. After I started it, I witnessed something weird: cough-like sounds were coming from the engine, as if the bike was suffering from pneumonia. That’s precisely why I removed the engine oil dipstick from the oil canister and examined it carefully. It felt gritty, thick and dark, not having the level of viscosity that the engine oil needs to have. However, I wanted to be absolutely sure, so I took the bike to a respected mechanic who had already worked with old motorcycles. Speaking of using the services of a professional mechanic, I advise you to be careful when choosing the one you’ll hire, for not all mechanics are completely honest and responsible.

So, a few days later, I went to get my bike back and I was informed that several of its parts needed to be repaired and the engine oil needed to be changed. The mechanic recommended me a quality engine oil that’s suitable for all types of bikes which, of course, I bought. At the end of this not-so-long recovery, our family bike was (and still is) in impeccable condition.