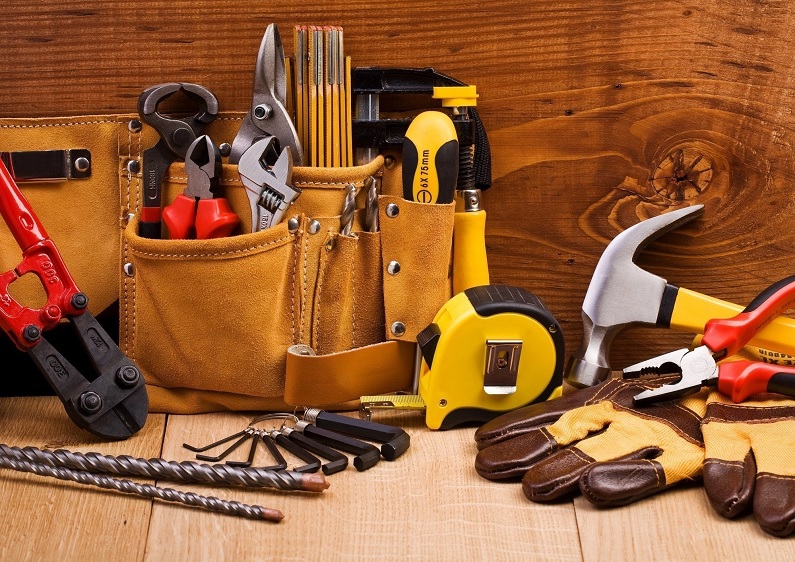 Each and every home should be well-stocked with a variety of tools. Truth is, you never know when you’re going to need to do some house repairs on your own. After all, you shouldn’t wait for a professional to come by for every single thing, especially when you could easily make that repair on your own. Having tools is very important for every home. There are countless tools that you can have, although not all of them are equally important. So, start organizing your workbench as soon as you can just to know what is the next tool you’re going to need.

When you buy tools, you’re most likely going to buy a set of screwdrivers. Pretty much everyone knows that, which is why we’re getting this out of the way first. Even if screwdrivers are present in every home, it’s undeniable that they’re incredibly useful, which is why you need to invest in a good set when you get new screwdrivers. In order to find good screwdrivers, you need to find a tools shop that you can trust, and that’s paramount for everything else, as well, because that way you’d know what to get next. Screwdrivers might be the first set of tools that you buy, but they definitely should be the last.

A tool that pretty much everyone ignores is the humble tape measure. They’re just so incredibly useful around the home that you never want to lose them. They’re great for a variety of things, even if at first glance it seems like mere measuring. You can easily use them for things such as building, fixing, painting, stacking, and even moving around your furniture. With a good tape measure, you’ll be certain that you’ll never have to work and hope that there will be enough room for the project because you would have measured it first. It’s something that you should never forget to buy.

While it might seem weird to even mention a hammer, it is still one of the most important must-have tools for the home. We’re mentioning this because most people either straight up forget to buy a good hammer, or they focus on cheap hammers that they end up breaking after a few hits. Smaller and cheap hammers are almost entirely useless, whereas investing in a good sturdy hammer can really change your project for the better. You should consider getting one that has a curved claw because it can be very useful when a nail inevitably gets bent. With a good hammer at your side, you’re always going to find ways of improving your project.

Don’t let the name fool you. Duct tape isn’t exactly meant to be used on ducts, even though it can sometimes rarely be used for sealing ducts. It’s a long and arduous debate about the name of its origin, which is something we’ll refrain from doing right now. What matters is that duct tape is very, very useful to have around the home. That’s because it’s strong, sturdy, and waterproof. If you want something that’s going to provide extra grip to a project, there’s no better way to do it than with duct tape. Just don’t forget that it’s useful for pretty much everything, including extremely simple repairs.

You never know when you’re going to need to cut a wire or straighten a bent plug. That’s exactly why pliers have been invented, and they’re undoubtedly one of the most useful tools you can get for the home. Sometimes you might need to strip the insulation of a wire, or you might need to grip small objects, reach awkward places, and bend loops. Doing any of that without pliers is either impossible or very close to. A lot of people think that pliers are used only for slicing wire, when they can also be used for a plethora of other things, such as adjusting nuts and bolts. There are a lot of things you can do with them, which is why they’re so necessary for the home.

Useful in a pinch, the adjustable wrench can be used for tightening and assembling all manner of swing sets and appliances, as well as including plumbing. It’s one of those tools that you often see depicted in media as a sturdy tool with a lot of usages, and that’s exactly the case in reality. No handyman, plumber, and repairman has ever left the office without a good adjustable wrench on his belt, and while you don’t have to keep one on you at all times, it’s good to have one in the toolbox. Adjustable wrenches are strong and sturdy, and you’ll be surprised at the amount of work they can help with.

A lot of people think that drilling holes in the walls is something only left to professionals. Most people would be right, but that doesn’t mean that there are no projects that enthusiasts can work on their time from home. That’s where the cordless drill comes into play. It’s an extremely powerful tool that is very useful in a lot of projects both big and small, and you’re pretty much only limited by one thing, which are the drill bits. Not limited in the sense they’ll limit your potential of finishing your project, but rather, you’ll always need to have the right bits at your side. Luckily, there are also a tonne of bits to choose from, so you should never have a problem finding the right one in the first place.