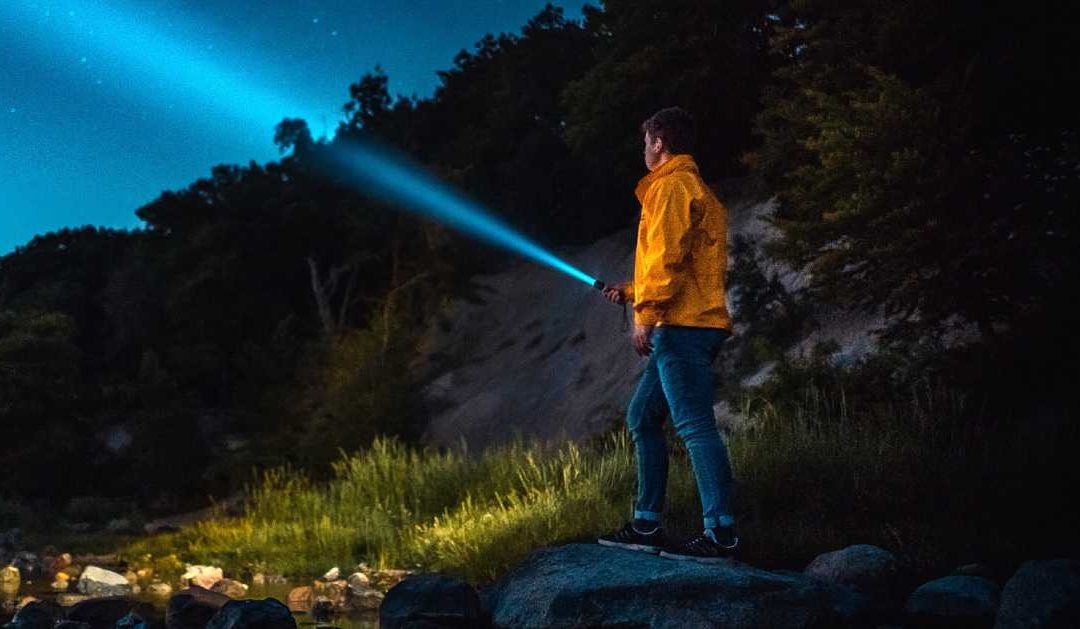 Luminosity is something we need and depend on every day. Our eyes, unlike some of the creatures found in nature, aren’t made to work optimally in the darkness. Whether it’s sunlight during the day or man-made lighting in the nighttime, we heavily depend on light outlets to live a normal life.

Keeping in mind that luminosity plays an important part in our lives, no matter if it’s natural or man-made, when electricity runs out for any reason or when we’re out in the wilderness without a convenient source of light, we seem to not know exactly how to behave!

Stripped of the ability to see properly, everyday tasks become more difficult, finding our way around is a bit challenging, and we’re instantly drawn to look for an alternative source of light that will provide us with the comfort we’re so used to.

This is where flashlights come in. Convenient, practical, and so extremely useful, flashlights can make all the difference. Unlike candles that require additional items so that they can illuminate the space and aren’t that smart of an idea when outdoors, torches are a smart invention everyone should keep close.

Still, when you’re looking for LED torches online, you’ll notice there is one main difference and it may confuse you. Is a torch with a rechargeable battery better or should you opt for one requiring AA-batteries instead?

Well, I’d love to provide an answer to that question in this article! Let’s go over the differences and figure out which torch would be best for you and in what situations! 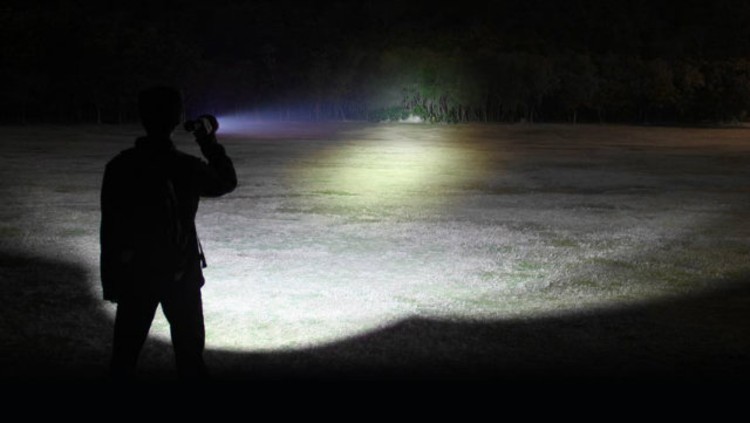 When it comes to torches, a rechargeable battery means a bit more than just longevity, though.

Rechargeable torches use lithium-ion batteries which are the most powerful source of LED light. This means that torches with rechargeable batteries will have a very bright lumen output. Lumens are a measure for total visible light that’s emitted by a source, so with a rechargeable torch, the light you will get will be quite bright and probably reach quite far.

However, non-rechargeable batteries have been around for far longer and are also an extremely reliable source of power. Used since the early 1900s, they have been a constant presence in our lives for more than a century. They are also quite cheap and very easy to use.

Even though they have a rich and long history, when it comes to comparing them with rechargeable batteries in torches, non-rechargeables fall a bit short in the lumens department. You might find that when compared, non-rechargeables emit a lesser lumen output. This means the light coming out of the torch will be less bright and shorter than the one coming from a lithium-ion battery.

Still, this doesn’t mean that torches using non-rechargeable batteries are bad. Quite the contrary, the differences in light between the two are very small, so we can say it’s pretty much a tie right now. 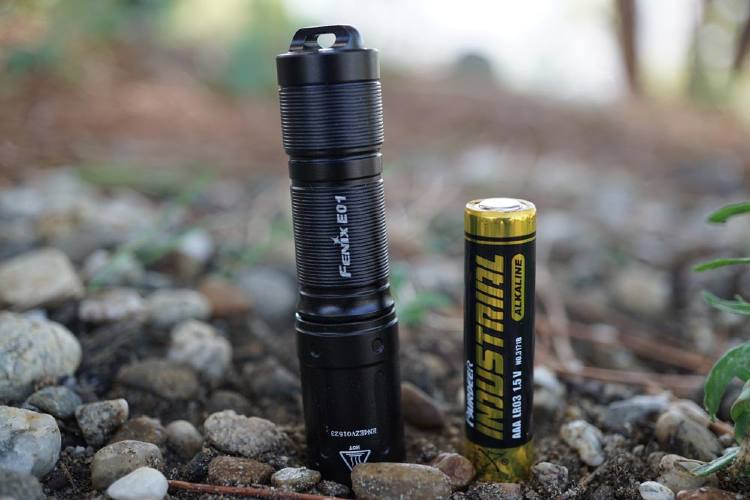 As I said before, rechargeable batteries have proven time and time again that they are a reliable source of power and that they last pretty long. Take a look at your phone, for example, or your laptop.

They run on similar batteries, too, and they perform multiple actions at the same time all day and the battery still holds! Now imagine what happens when the only job a rechargeable battery has is to power up a lighting source!

Still, they do run out after a while. So, what happens if you’re in nature and your rechargeable battery dies? You can’t change it, meaning you’ll need to charge it, and if you don’t have a portable battery charger with you you’re going to be stuck with a powerless flashlight.

On the other hand, even though they are known to overall last shorter than rechargeables, non-rechargeable batteries are quite convenient in the way that when they do run out, you can just pop out the empty ones and add new ones in a few seconds, regaining your light source!

In the long run, however, rechargeable batteries win this run. They may make your flashlight a bit more expensive at first, but when compared to the money you’re going to give on non-rechargeable batteries over the years, they prove to be the smarter choice. Moreover, lithium batteries are more eco-friendly than their cousins, so if that’s something you care about, definitely go for rechargeable.

Just make sure you have a power source with you and charge your flashlight fully before any trip you take! 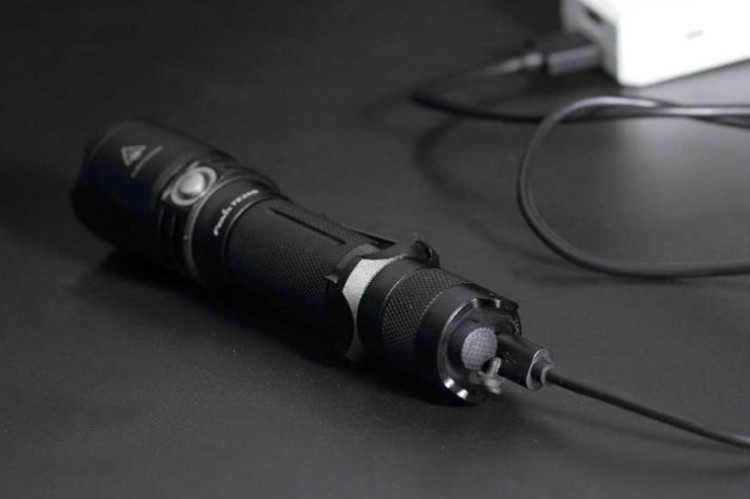 As they are rechargeable, lithium-ion batteries are bigger. The way they are made and function dictate this. By extension, this dictates the size of the flashlight they’re in. Because the battery is bigger and it needs protection, as a punctured lithium battery isn’t something you want, expect your torch to be bigger and bulkier.

On the other hand, we all know how non-rechargeables look like. If you don’t, take your TV remote and open it up. Small, compact, but full of juice, non-rechargeables will not dictate the size of your flashlight. Expect one that’s powered by non-rechargeable batteries to be smaller, even as small as your thumb sometimes!

Size and bulkiness really do matter when it comes to torches, especially ones you’re going to use outside. You need something compact and easy to carry, not something that will take up a lot of your already very limited space. Non-rechargeable batteries also allow for a lighter torch, while rechargeable ones tend to be on the heavier side.

In this round, I’d pronounce non-rechargeables a winner. So, where do we stand? What’s the decision? It seems like we have a bit of a tie going on. 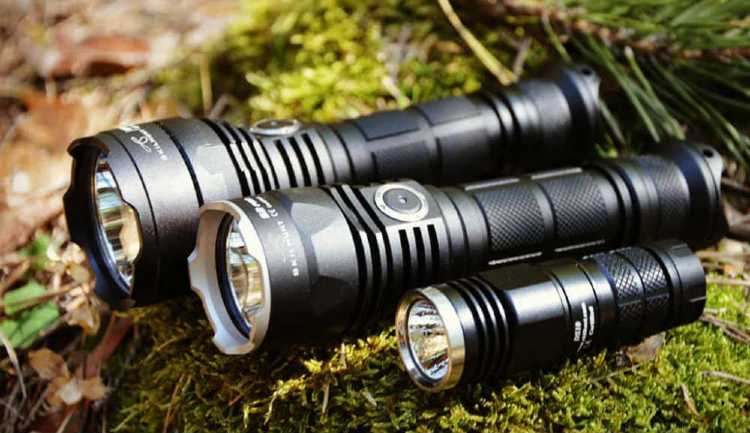 The decision is – both of these torch types are a great idea and investment! The differences between them aren’t that significant and are also not set in stone. When browsing for LED torches online or in-store make your decision based on what you need the torch for!

While non-rechargeables offer smaller size and good luminosity, they do require constant swapping and they don’t really do well in extreme temperatures. I’d recommend using these for home purposes. You won’t need a huge glare of light in the house, so they’ll perform excellently!

On the other hand, rechargeables do need electricity to be able to function, but they do last a long time and perform great in temperatures ranging from below zero to mid-forties.

Even though they are bulkier, you can find some models that are quite an acceptable size and won’t bother you or take much space in your backpack, but will definitely offer you the luminosity and throw you need outside at night! I’d recommend using these when you’re off camping, going on a hiking adventure, or overall spending time in nature.