Harry Potter Gift Ideas for Fans of All Ages 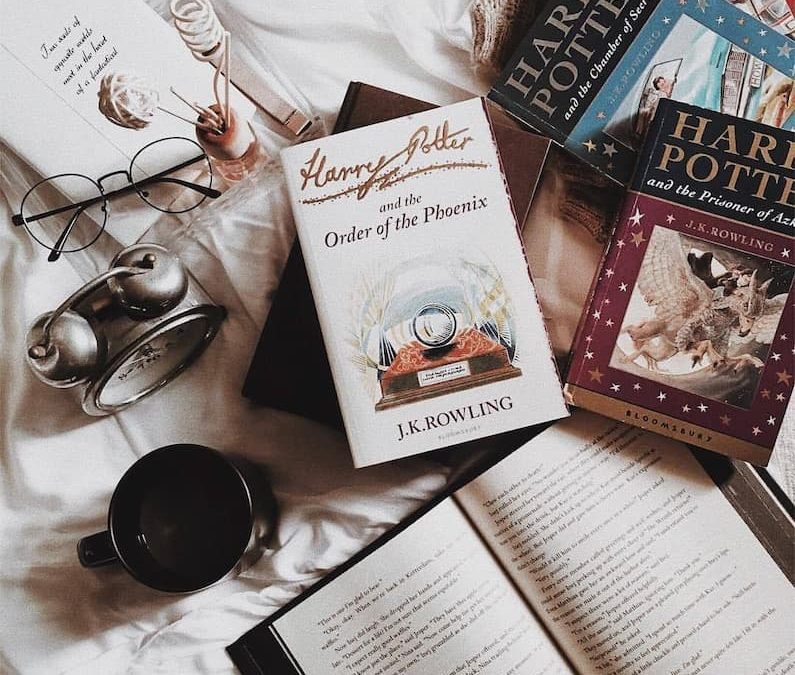 Having to deal with lots of problems daily, it’s not hard to understand why magic and fantasy are so appealing to people. Creating a world completely different from what we experience in real life, yet not unrelatable, creators of the magic and fantasy genre give the common man the amazing opportunity for a regular getaway. Wizards with their wand sticks, dragons and other terrifying creatures, and all kinds of magical things occur in the magical world. Everyone gets lost easily in a story in a castle surrounded by woods in an unknown location, including well-built characters and plot. You can guess the masterpiece: it’s Harry Potter I’m talking about.

With more than 500 million copies sold worldwide, Harry Potter books have been translated into 80 languages. They started their own culture and created a big fan community of people of all ages that call themselves Potterheads. If you happen to have a Potterhead dear to your heart, you can use their love for Harry Potter to present them with the perfect gift. There are some really amazing gift ideas for Potterheads of all ages. But before you jump off to choosing a gift, there are some things you should know about Harry Potter and his fans.

Why Is Harry Potter So Popular?

J.K. Rowling’s first Harry Potter manuscript was rejected by 12 publishing houses before Bloomsbury decided to give her a chance to debut. And in the beginning, it went so bad that she wrote using a male pen name. Right after that, more and more becoming were starting to get interested in her story. This resulted in the Harry Potter series being one of today’s most popular books. Why is the story of Harry Potter so popular?

Except for their magical blood, the story’s characters are real and relatable. They face everyday problems, just like every teen or pre-teen. Some have been through a lot in their lives, suffering loss and other problems. And each character has a strong personality, built very well. Even their names have special meanings and were carefully picked up. This helped build a unique storyline that glorifies the noble ideals of love, friendship and loyalty. These morals transcend all divisions of race, colour, sex and most importantly, age. A 9-year-old can enjoy it in the same way a 30-year-old does. With unpredictable plot twists at times, this masterpiece brings magic to life. It’s not surprising that is loved by so many people.

Some Things That Potterheads Want You to Know

Before going and buying that perfect Harry Potter bracelet for your girlfriend or your teen daughter, there are some things about Harry Potter fans that you should know first. This will help you understand their love for Harry Potter and choose the right gift, especially if you aren’t a big fan.

Best Gift Ideas for Potterheads of All Ages

Wearing themed jewellery is a subtle way of showing your love for something. Just like diffuser bracelets are a great choice for aromatherapy lovers, Harry Potter inspired jewellery can make every Potter fan rejoice. As there are Potterheads of all ages and genders, there’s something that can fit each one’s taste out of the wide variety. A Harry Potter bracelet or a pin badge Slytherin might be all your Potter girl or boy wants. Here are some great ideas.

Many fans love Harry’s beloved owl and were stunned when she died early in The Deathly Hollows. It was a sudden, unexpected jolt, more than shock value. As J.K Rowling said herself: “The loss of Hedwig represented a loss of innocence and security. She has been almost like a cuddly toy to Harry at times. Voldemort killing her marked the end of childhood.” Buying a piece of jewellery inspired by such symbolism makes a great present. There are Hedwig inspired bracelets and earrings, as well as pin badges and keyrings.

The Golden Snitch was the third and smallest ball used in Quidditch, a game played in the story. With a size of a walnut, this gold-coloured sphere with silver wings flew around the Quidditch field at high speeds. Dumbledore left Harry the first golden snitch he had caught upon his death. He put enchanted writing on the snitch that could only Harry read by touching it to his mouth. A golden snitch inspired jewellery is exactly what Harry Potter would want as a gift. If it’s worthy of Potter, it’s worth it for any Potter fan.

Hermione Granger wore a necklace with a time turner attached to it. An authentic replica of this time turner is a must-have for all fans. It has a miniature hourglass, including golden sand. You can rotate the inner rings to read the inscription “I mark the hours, every one, nor have I yet outrun the sun. My use and value, unto you, are gauged by what you have to do”. An included deluxe pouch and keep safe box make this gift even cooler.

A person can never go wrong with a watch as a gift. Symbolising the three most powerful magical objects, the Invisibility Cloak, the Elder Wand and the Resurrection Stone, the Deathly Hallows symbol is an extremely prominent and notorious magical symbol throughout the Harry Potter series. Some deathly hallows watch designs include crystal embellishments, and some are more minimal. Either choice makes for a very sophisticated gift, similar to those we choose to honour great people. If you can’t decide between a piece of jewellery or a watch, you can’t go wrong with a golden necklace watch.