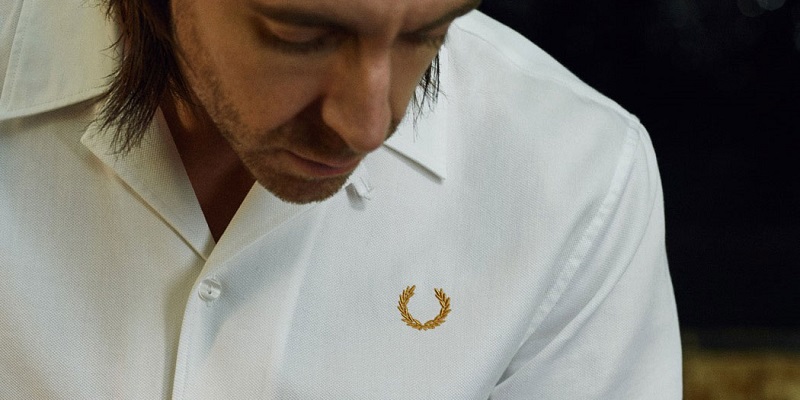 Fred Perry one of the most iconic British heritage clothing brands that successfully blend streetwear with sportswear and have managed to stay true to their original ethos of authenticity and integrity mixed with just enough attitude. While we don’t get to see any advertising as to what the brand is up to next, their most recognizable product hasn’t been the only clothing piece they’ve had over the years. Tennis is definitely the precursor of an underlying design feature that may not be as prominent nowadays as it was before, but that isn’t due to any design change, in fact, it has to do with how times have changed.

It was 1952 when the original Fred Perry polo shirt debuted, which at the time was meant to have its own place in the tennis world. The tennis player/ designer had in mind a tight fit shirt, with the brand logo being inspired by the old Wimbledon symbol. Although nowadays Fred Perry shirts aren’t only limited to one style, the initial design of their first ever shirt is still the same to this day. This is why the shirt was such a huge success back in the day. It was immediately adopted by up-and-coming tennis players at the time despite the brand’s name being of a man that came from the working class to rule the tennis world.

At that time, Fred was looked down from the England committee with such a demise it inspired him to start a clothing brand that would transcend through the decades. The person who would win the Wimbledon championship was supposed to get awarded with a special tie, but since Fred didn’t come from a higher class family the committee just left one on the chair in his locker room. Since a clothing piece had such an emotional impact on him, he decided to make one of his own that will have an impact on the whole world and not just tennis.

Over the decades, although Fred Perry shirts represent the same values, they have been accepted by different social groups in every decade. After some big tennis names like Bjorn Borg and Artur Ashe have proudly worn the Fred Pery polo shirt, the mod subculture had already taken Britain by storm. The Fred Perry shirt was also part of this subculture as many members of this group accepted the 3 button – stylish collar design combo which satisfied their fashion criteria. This era lasted until the 70s. During the 70s, a different type of culture (skinheads) had already brought in the shirt as part of their signature look together with jeans, boots, and braces.

Because the design of the shirt could so seamlessly integrate with other clothing pieces, football fans across Britain started to wear it as there were colour combinations that matched their hometown club. As the 80s saw a more expressive type of music genre, punks were not holding back on wearing a shirt with a laurel wreath on the side, together with leather trousers and spiky hair. The infamous Perry boys were also all about casual style and it didn’t take much for the polo shirt to become a part of their carousing on the streets of Manchester. In the 90s, as the Brit-pop scene was rising in popularity – so was the shirt, as many celebrities at the time like Vinnie Jones, Ewan McGregor, and Kelly Jones loved the familiarity of the laurel.