Everything You Need to Know about Air Compressors 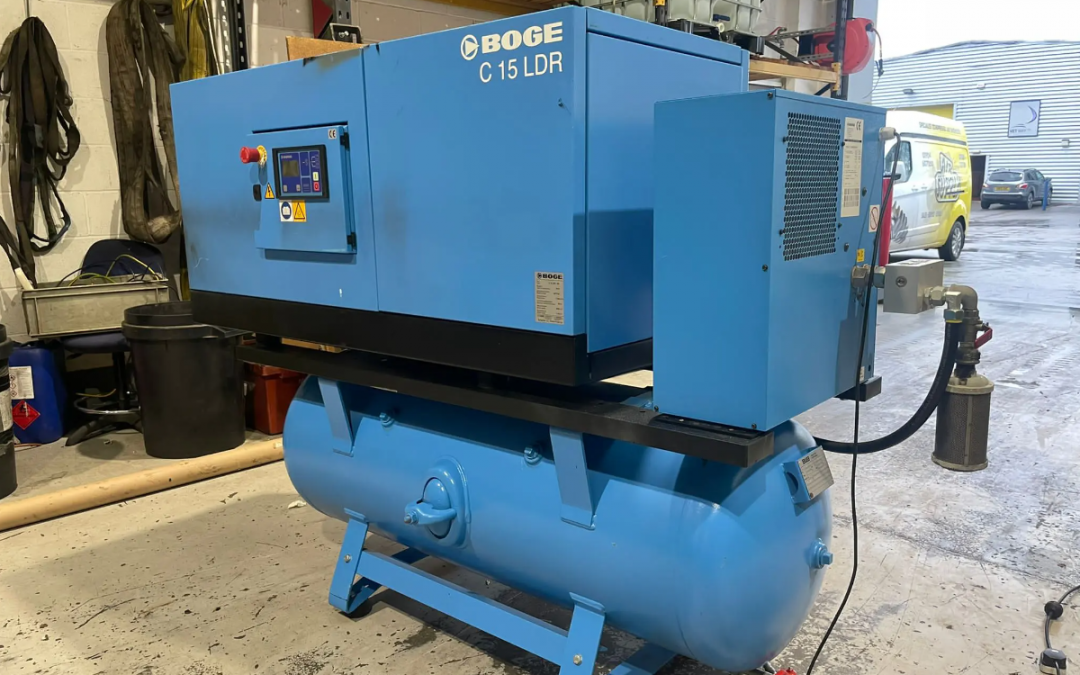 The purpose of air compressors is to make tasks more manageable, less time consuming and efficiently use air as a power source. Air compressors power a range of tools and are found in various commercial; construction and industrial applications where large volumes of air pressure is needed. There are different types, operate in different ways, provide varying amounts of airflow and pressure and are suitable for different uses.

What are Rotary Screw Compressors?

Rotary, or simply screw compressors, are a type of positive displacement compressor that uses two rotors spinning in opposite directions to compress air and increase air pressure. They allow for high air flow rates, continuous running cycles and with fewer parts, are also low-maintenance.

Rotary compressors come in two types – oil-injected and oil-free. In oil-injected compressors, a thin film of oil passes between the rotors and acts as a hydraulic seal for the air end and cools the compressed air when higher temperatures occur. The vast majority of oil is retained within the compressor, but the resulting air may have oil carryover. This is fine and even beneficial for the majority of industrial purposes, like workshops and factories (as the oil acts as an anti-corrosive), but not appropriate in other settings, like electronics assembly, food preparation and medical facilities.

Here oil-free compressors are used. These have compression chambers sealed off from the rotating motor and gears and are often water-cooled.

Belt-drive rotary screw compressors have belts connecting the motor and compression chamber. Gear-drive compressors utilise gears, whereas the highest efficiency and lowest power use are achieved with variable speed compressors. The motor essentially speeds up or slows down according to the amount of compressed air needed.

Compared to other compressor types, rotary screw compressors provide consistent airflow for the duration needed, meaning no downtime due to overheating like reciprocating piston compressors. This makes them ideal for heavy-duty applications where continual power is needed. It also allows for higher airflow capacity, while consuming less power in the process. As mentioned, variable speed compressors deliver optimal air pressure at the needed time. With lower cooling requirements, there are lower maintenance costs involved and longer lifespans. And with parts that are not in direct contact with each other, there’s also less noise and a quieter working environment.

Where are Rotary Screw Compressors Used?

The benefits of screw compressors make them sought out in many applications. Industrial uses top the list, with the construction, mining, metal fabrication, textiles, electronics, machinery and chemical industries being common environments. They’re also found in light industry and services, like packaging, food processing facilities and automotive workshops.

These operate via a crankshaft-driven piston located inside a cylinder. The crankshaft moves the piston back and forth, effectively drawing air into the cylinder, and then compressing it. There are varying designs, with single and dual-stage compression, and this determines the air pressure they can achieve.

Which Compressor is Right for You?

You’ll choose a compressor based on several factors. First is power supply, with compressors being electrically or diesel-powered. Smaller reciprocating compressors can be used with 230V, whereas industrial compressors need 415V to get to optimal working ranges. Next is how much air they can deliver. This is stated in Litres per Minute (LPM) and at a rated pressure (either in PSI or Bar). Rotary screw compressors provide consistently higher airflow at higher pressures than most reciprocating piston compressors, making them better suited for more demanding usage.

Duty cycles refer to the time that airflow is delivered at the rated pressure. Here too rotary compressors outperform reciprocating variants, with most working flawlessly 24/7. Lastly consider price and performance. How much air do you need, at what pressure and for how long? Reciprocating compressors are cheap to buy and maintain, but lack the overall grunt and consistency of bigger and considerably more expensive rotary screw compressors.